The £5million mansion where love is in the air: Stunning former register office where Twiggy, Jemima Goldsmith and Fearne Cotton tied the knot

Even in the celebrity-friendly enclave of Richmond upon Thames, they were events that caused a stir.

Laura Ashley curtains would twitch in this affluent corner of South-West London as big names such as Twiggy, Jemima Goldsmith and Fearne Cotton arrived in their bridal finery to tie the knot.

They were heading for a terrace house nestled just off Richmond High Street that, from the 1960s to 2015, served as the local register office.

And a starry firmament of luminaries made their vows there.

Now the register office has moved to Twickenham and the grand Regency building where these ceremonies took place has been converted back into a residential dwelling, which is currently for sale for £5.5 million.

Its location helps explain the jaw-dropping price: Richmond upon Thames – which Mick Jagger’s former wife Jerry Hall, Life On Mars actor Philip Glenister and Britain’s Got Talent judge Amanda Holden call home – is regularly listed as among the most desirable places to live in Britain.

The house’s seven bedrooms and seven bathrooms are another factor in the price. Weddings were held in one of three ground-floor rooms, and guests could mingle in the back garden if the wedding group had opted for a reception.

As a register office, births and deaths were also recorded here, so most of the other rooms were used as offices.

The man who has converted the building back into a dwelling, developer Colin Deehan, has also added 1,000 sq ft by building a basement extension, making the entire internal area of the house 4,750 sq ft.

He bought the building along with the next-door house for £3 million in 2014. When he began work on the adjoining house, weddings were still being held at the register office – he remembers being on the site when Jesse Wood and Fearne Cotton enjoyed their big day.

The couple also held their reception there and Colin jokes he had a job on his hands preventing his workforce being distracted by the sight of Denise van Outen, Dermot O’Leary, Kirsty Gallacher, Holly Willoughby, Keith Lemon and, of course, Ronnie Wood chinking champagne flutes on the lawn.

Colin sold the next-door house, which is smaller, for £4.57 million last year. He has spent £1 million on the old register office – including £25,000 on the garden, which has been relandscaped.

The project has not come without its hitches, however. The house, which was built in 1835, is Grade II listed, preventing any major restructuring inside, and ensuring back-and-forth meetings with the local planning officer.

The style of the interior is understated. Colin has improved many original features – such as the windows and shutters, which were refurbished.

Perhaps the most distinctive additions inside are the bronze-plated shower heads, which he has fitted in all of the bathrooms. He feels their retro look blends in perfectly.

Colin has also personally built the master bedroom’s fitted wardrobes and added a wine store and a sophisticated home automation system that controls heating, security lighting and a video intercom, and a cinema room. 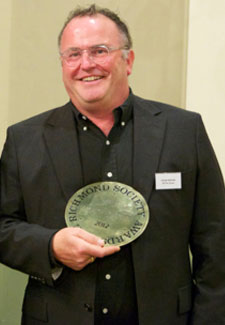 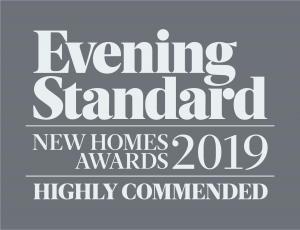